Here are some things that I'm working on right now...

I'm adding fringe to an old Target dress to remake it into a flapper dress for my birthday party.  It's kind of slow going, mostly to pin it and line it up, but it looks SO AMAZING that I want to add fringe to everything I own.  I just love it!  (also to note: I bought all of the fringe that they had at Jo-Ann's, but it probably won't be enough to cover the entire dress.  I don't even care, I love it so much!) 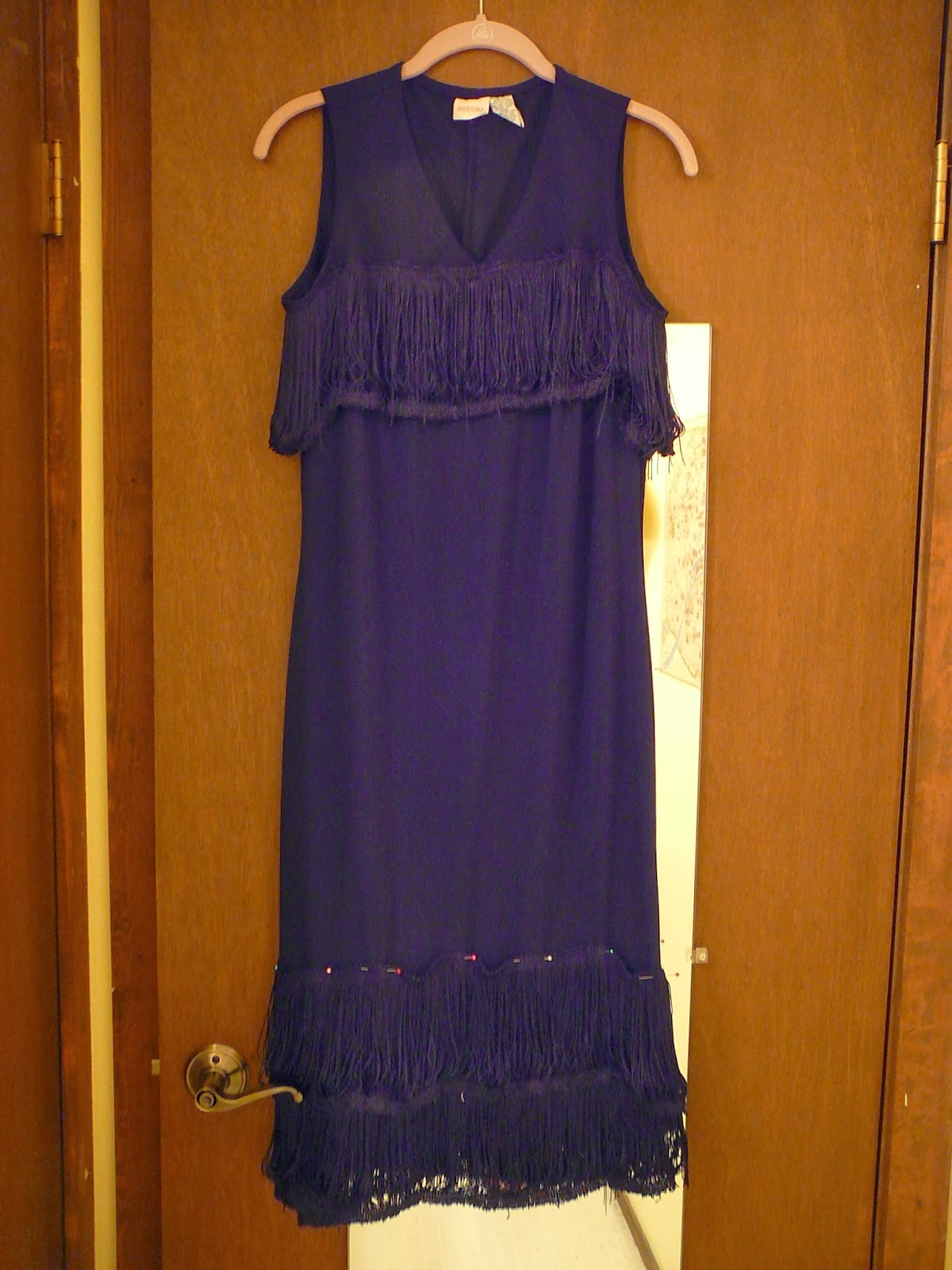 Remember this pants quandry?  Well, the hearts won out. I thought about doing some ribbon on the bottoms too, and then decided that would be overkill. 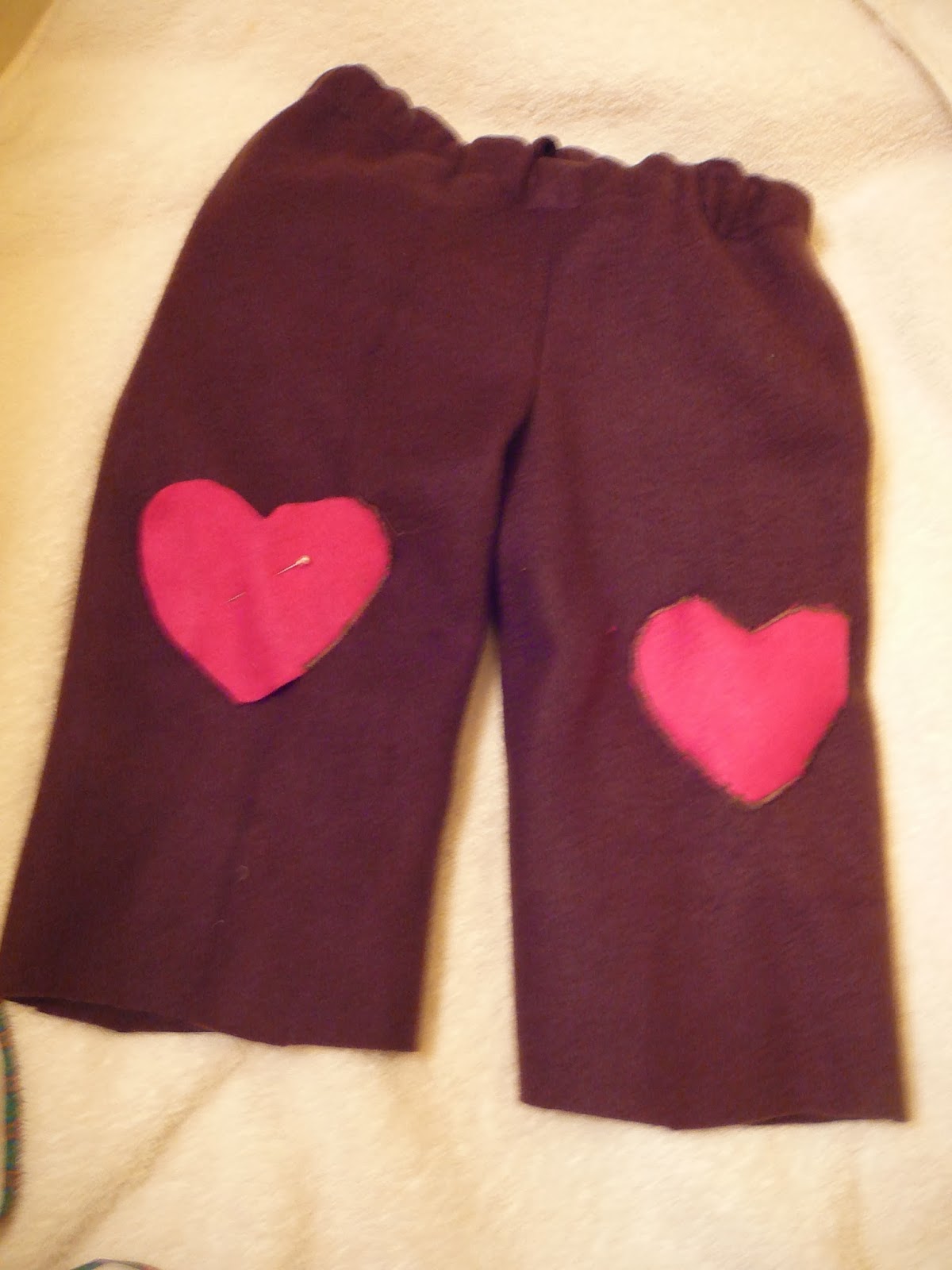 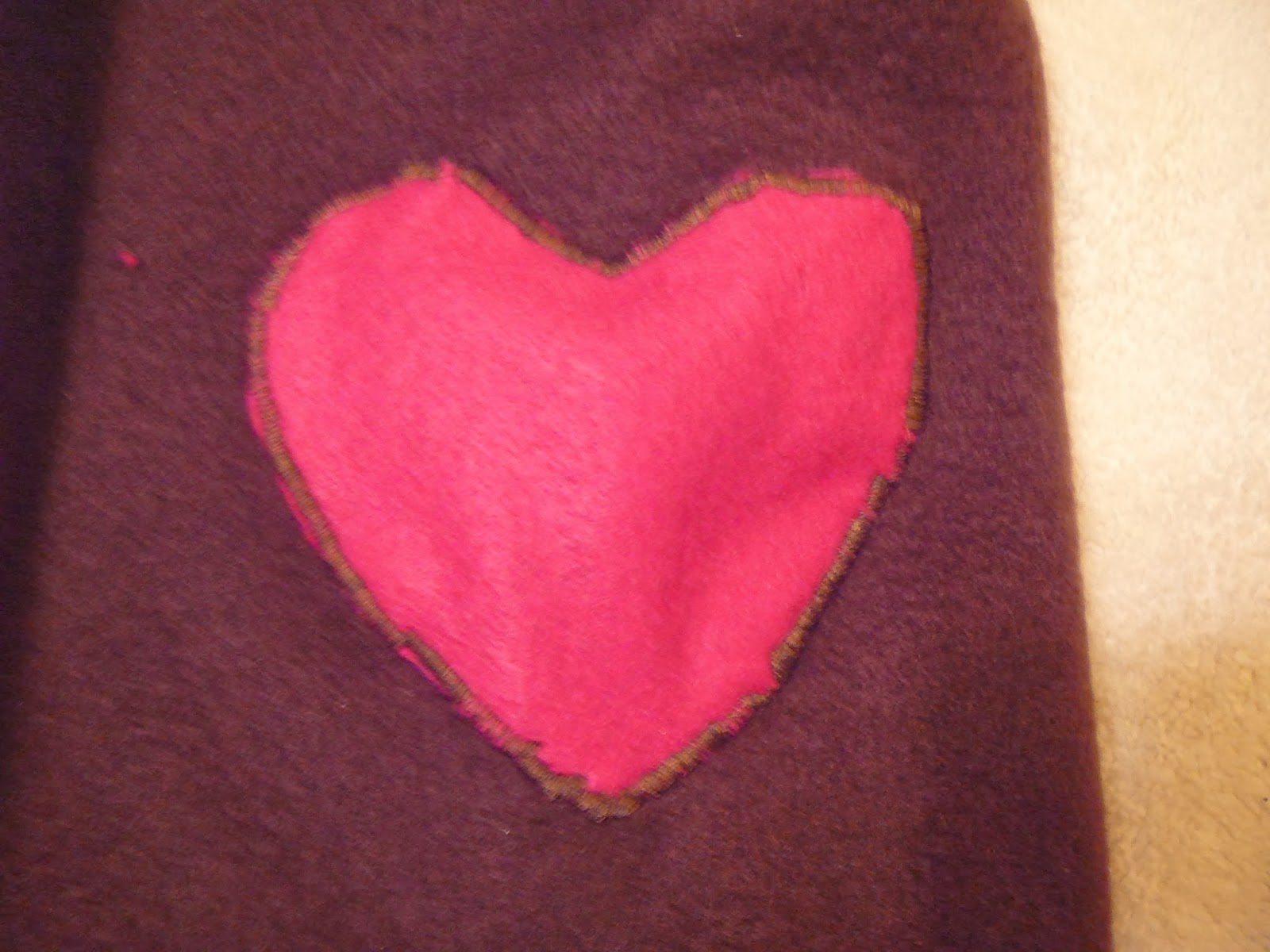 I'm planning to sew this supercute Farbenmix ribbon to the tops of this jumper... 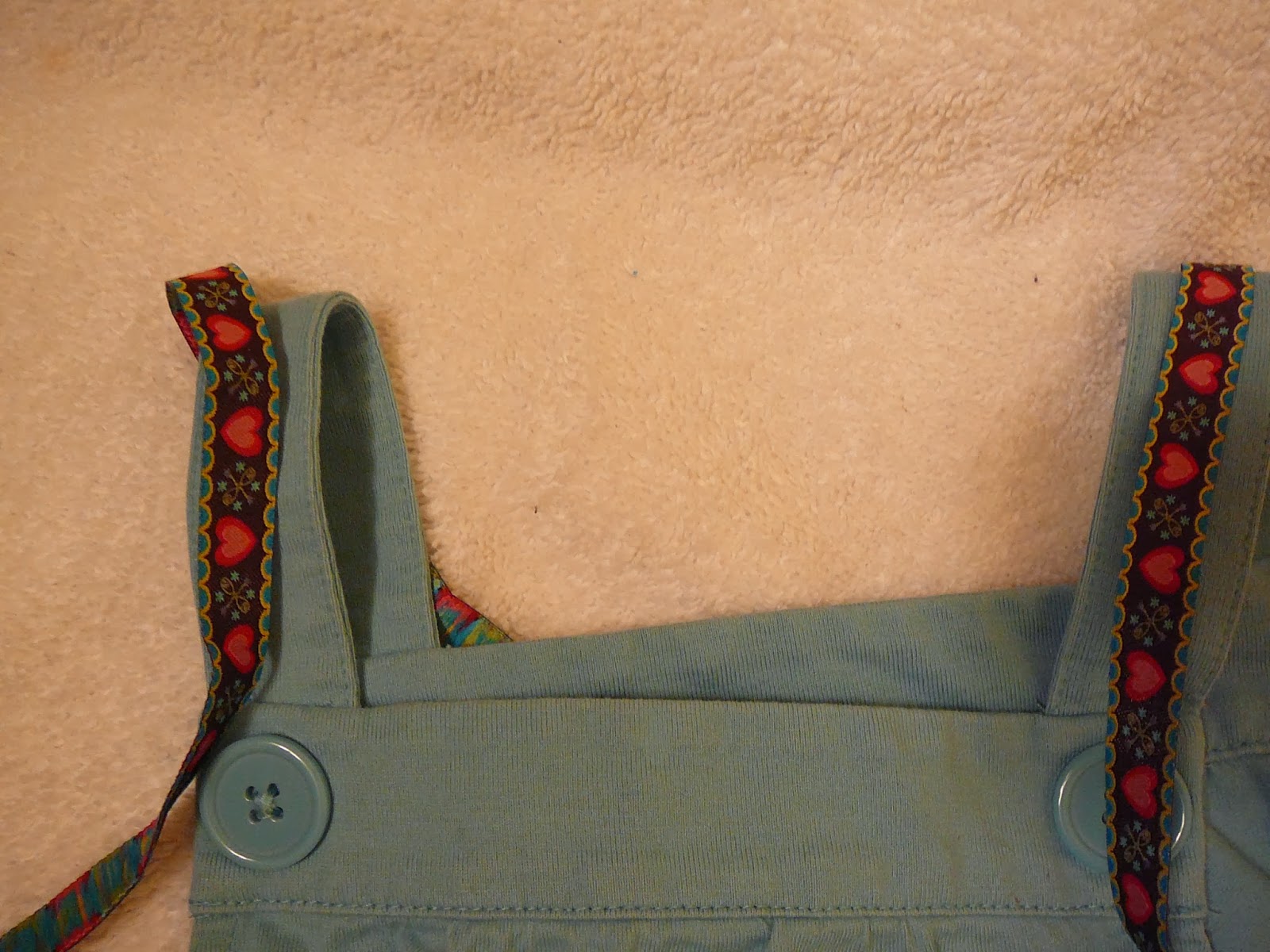 And across the button placket of the pockets!  Just like something someone out of a fairy tale would wear.  :) 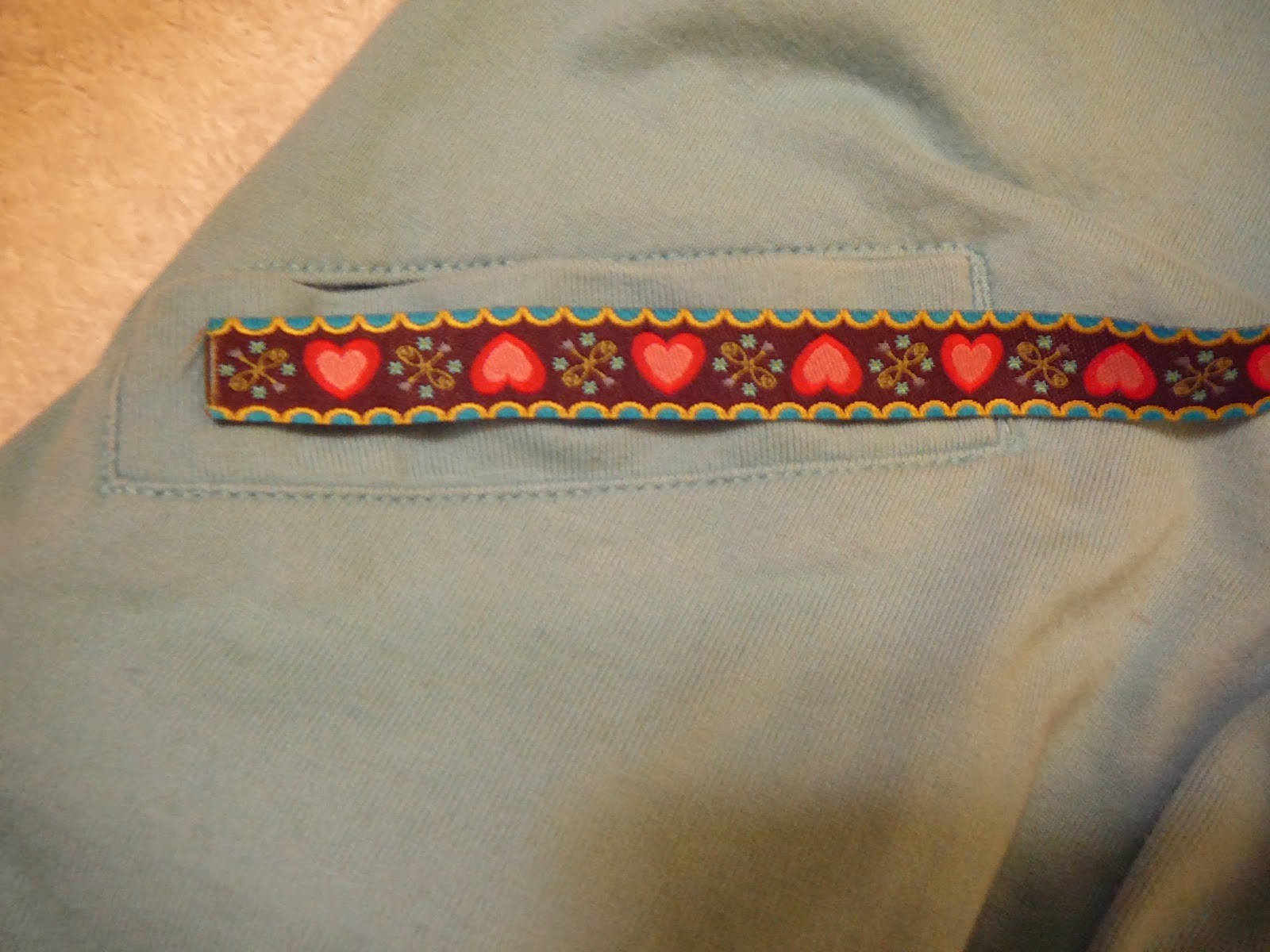 Posted by Dana, Founder of Crafty Cakewagon and The Creative Parent at 8:00 AM