Raised Beds at the Twins' House!

Last weekend, John and I traveled to Beacon Hill to make some raised garden beds for the twins' b-day present.  They turned out really awesome!
First, they had to set up a makeshift workbench, because the small saw at Home Depot was broken.  This was actually much more difficult than it looks, despite the fact that I was exempted from this part of the process. 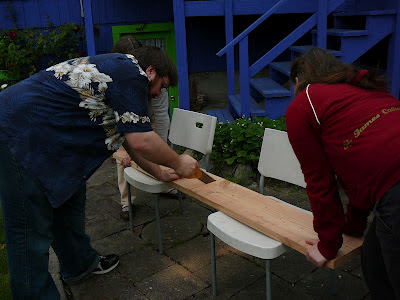 Then we laid out the wood, and all of our crazy supplies. 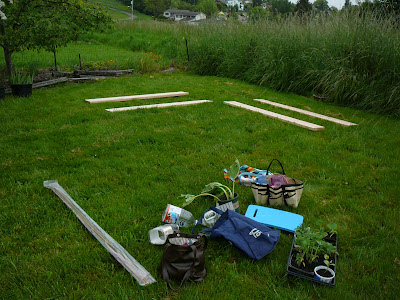 John worked on putting together the boxes, and I amassed all of the things that we would plant.  In total?  3 tomatoes, some sugar snap peas, wax beans, a transplanted rhubarb (that will hopefully survive), rosemary, parsley, lettuce, cilantro, watermelon, mystery squash plants, CORN!, red onions, leeks, chard, and kale! 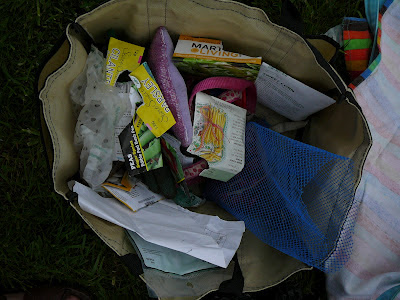 Moving the boxes to get the most sun, and also to see them from upstairs. 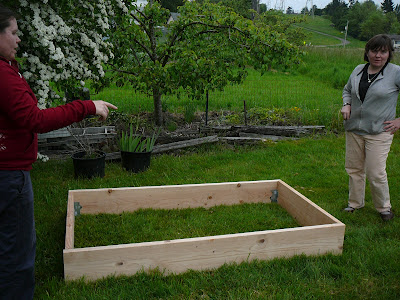 Stapling in the weed fabric (oh, and adding the hay- that's what's in that trash bag there). 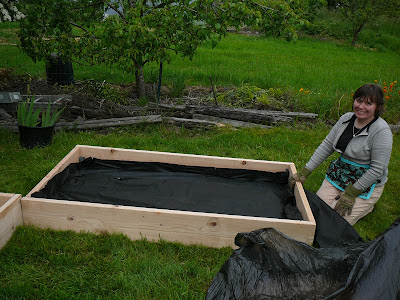 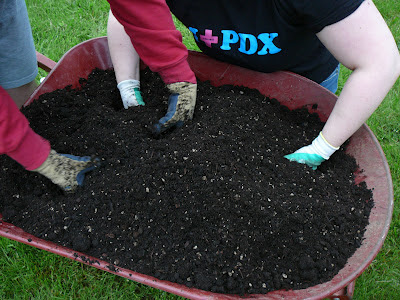 This box has mostly greens, squash, and watermelon, with some herbs in the front. 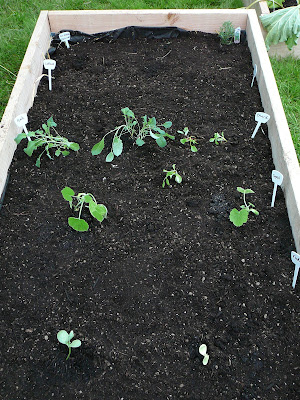 Note the extra cute plant labels I picked up. :)  You can supposedly use pencil on them, and reuse them- but I don't really trust pencil to withstand all the rain we get! 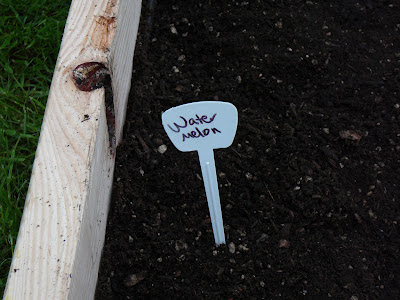 Other bed with beans, peas, corn, tomatoes, onions, and leeks.  The corn is totally an experiment, but one that I hope works out! 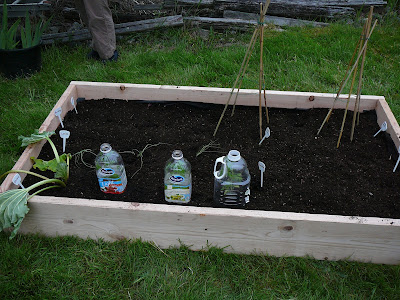 Also note, the tomatoes are under juice container cloches- just until it gets above 50* at night.  Still a bit too cold for them to be out unprotected- they would make it, but this supposedly will make them more hearty and produce better throughout the season.
Posted by Dana, Founder of Crafty Cakewagon and The Creative Parent at 12:15 PM