The best French toast EVER! (and it's vegan!)

French toast and I don't really get along.  Usually when I try to make it, I try to be all healthy and use wheat bread or something, and it gets all soggy and trainwrecky.  Not this time!!
I used Isa's pretty much foolproof "Fronch Toast" recipe, and some potato bread... and it was lovely.  Of course I slightly changed it! 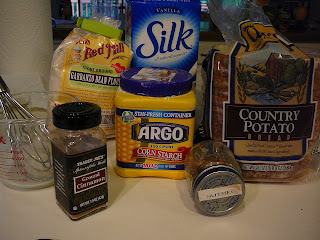 Let the bread soak in it, then flip and soak the other side. 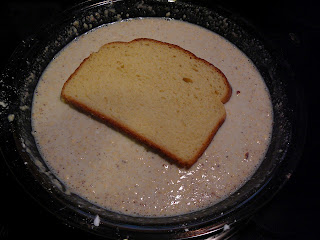 Heat up your frying pan, and spray with some cooking spray.  (The recipe says to use several Tbsp. of oil for frying- but why bother?) 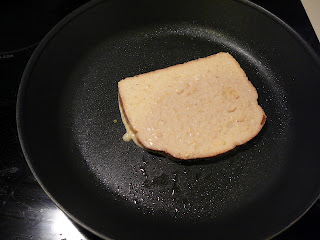 Cook on one side, then flip and enjoy the deliciousness.  The chickpea flour really DOES work wonders; it makes the french toast have a crust, and keeps it all together; but doesn't taste all eggy and gross.  Serve with syrup and fresh fruit. 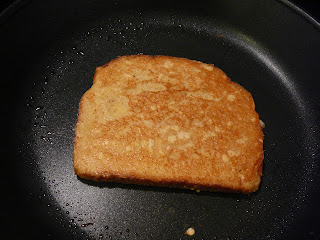 YUM!
Posted by Dana, Founder of Crafty Cakewagon and The Creative Parent at 12:28 PM