My parents' house: In the greenhouse

When I was growing up, in the first house that I really remember, we had an amazing garden.  My parents transformed the majority the backyard hill into a growing complex, edged with tires that were most likely filled with potatoes.  We grew corn; in Washington!  We grew spinach that tasted like balloons to me, but I think that's because I was used to frozen chopped spinach.  We grew carrots and zucchini and yellow squash.  I'm sure there were other things too, but it was the biggest garden I'd ever seen.  I think that growing up with a garden has really influenced me and my preference for homegrown food.  Slowly, but surely, I'm transforming my hill into growing space.  This is a peek into the greenhouse at my parents' house, already full of seedlings ready for this season. 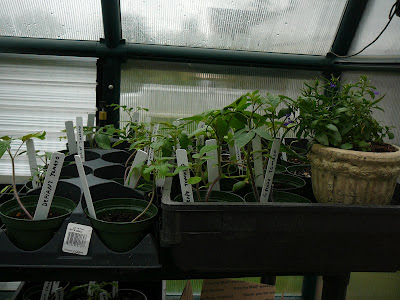 My favorite here is the "Defiant tomato"; It's like it's saying, "I dare you to pollinate me!" 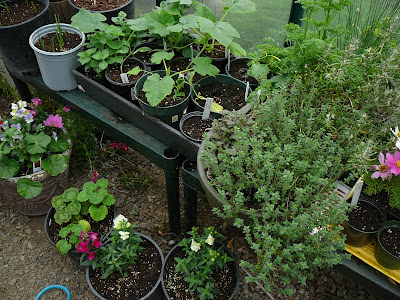 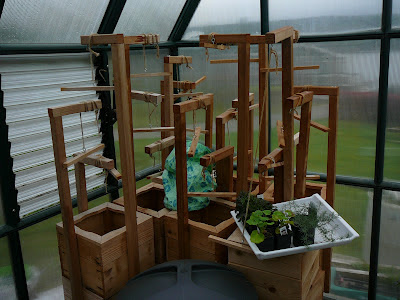 My dad is quite the woodscraftsman.  (Is that a word? If it is, he is one for sure.)  He made all of these planters last year, specifically for tomatoes.  As they grow taller, you raise the arm to keep them straight and supported. 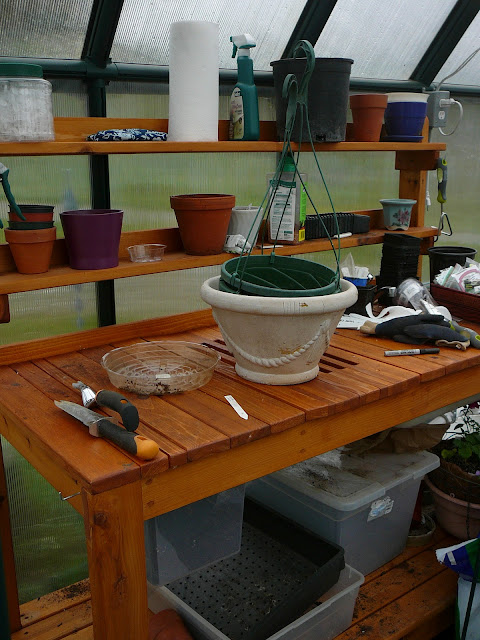 This was his fall/winter project; A potting bench!  The middle sections with the slats come out, with soil underneath.  Just amazing! 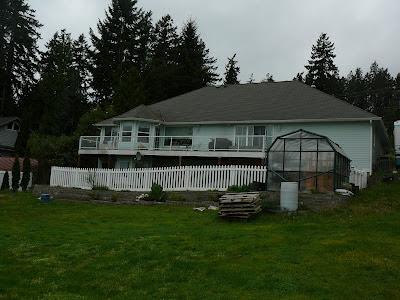 Here is the back of the house, and the whole greenhouse from the outside. (Did I tell you that I helped put it together? I kind of did.  Mostly holding things for my dad while we baked in the sun, and he swore.  It was NOT an easy project!)  Up next? This year's projects, and their crazy giant overwintered vegetables!
Posted by Dana, Founder of Crafty Cakewagon and The Creative Parent at 4:31 PM