Last night, for my sister's goodbye dinner (before she flew back to NYC) we went to the Bamboo Garden. It's a bit of a tradition for us, mostly because a.) the food is awesome b.) they are really good about accomodating a large group of loud people.... 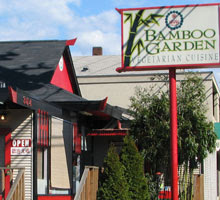 And c.) They have balls. 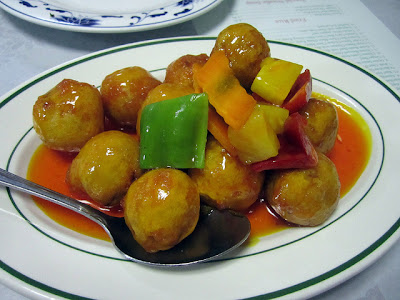 On the menu, it's called Mandarin Chicken, or General Tso's Chicken... but we call it "balls". We make ball jokes all night, along the lines of "I want those balls in my mouth" and "No response? No balls!"
We find it hilarious.
Anyway, they are a pretty amazing vegan Chinese place that if you've never been there before, you should totally go to. They're on Roy Street, down by the Seattle Center.
Posted by Dana, Founder of Crafty Cakewagon and The Creative Parent at 7:07 PM