I am not a huge French toast fan. I usually prefer waffles, actually. Add to that the fact that I usually mess them up in some way, ending up with a squishy mess (I blame too healthy whole wheat bread). But yesterday, I made THE BEST FRENCH TOAST IN THE HISTORY OF EVER. Period. The pioneer woman featured this a long time ago, and for some reason, I was thinking about it lately. If you are ready to cast sadness onto every other French toast you've ever had... then you're ready to make this. 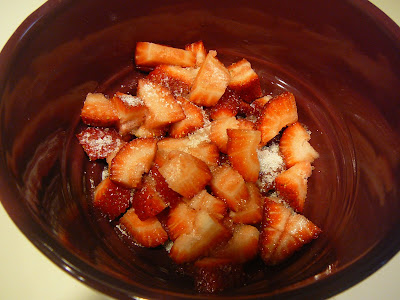 Set that aside. Now you need... Filling ingredients:

4 oz. cream cheese (I used Tofutti, since that's what we had!)
3 Tbsp. jam (Bonne Maman is my favorite)- you can use whatever flavor you have; if I'd had strawberry/apricot I would have used that, but cherry what I used and it was lovely. 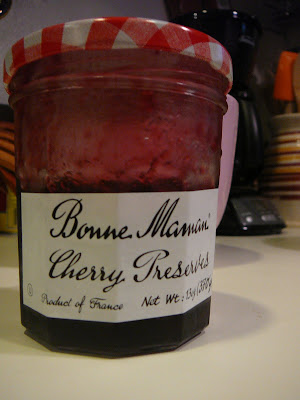 Mix them together in (yet another bowl): 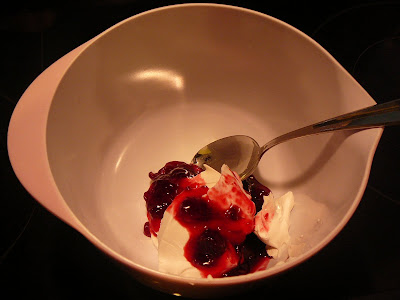 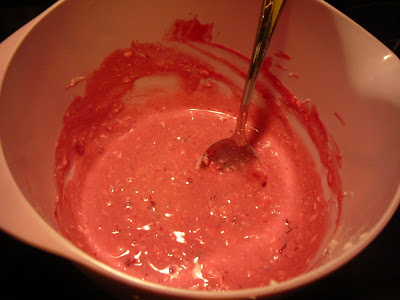 Set that aside.
Take your french bread (preferably day-old) and slice it into thick slices. THICK ones! Thick enough to be able to slice another slice in the middle to form a pocket. Observe: 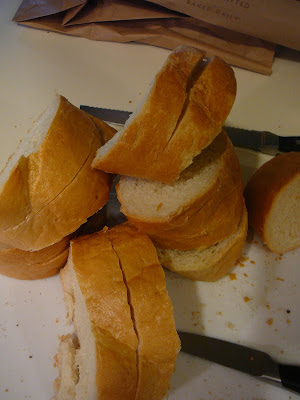 Then, in a shallow pan, whip together the egg, milk, and cinnamon. Take a piece of bread, fill it with about 2 spoons of filling and 2 spoons of strawberries. Cram it in there! Then lay it in the mixture for a minute or so, flip it, and do the other side. 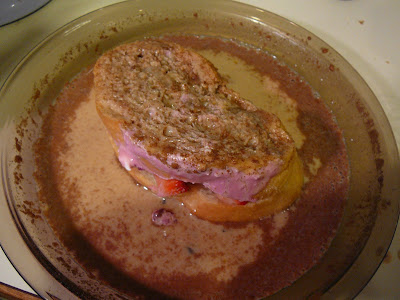 In a hot pan, melt a small amount of butter- like a teaspoon or so. (maybe a little more for the first one.) 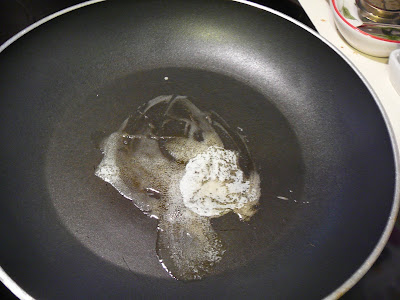 Let it get nice and hot, and put in your first toast. Cook it for a few minutes, and make sure you smush it down so that all the eggy mixture gets cooked. (and that nice evenly browned color) 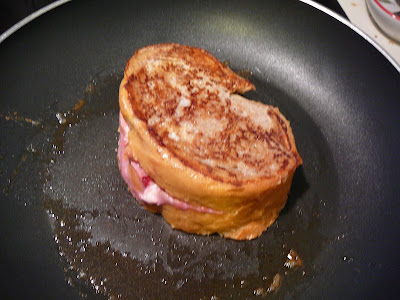 Flip it and cook the other side. Sprinkle with powdered sugar and add syrup at your discretion. (I didn't actually try them without syrup, but John did and said, "These are not sweet AT ALL!" so yes, have the syrup. It tastes like donut french toast! So good!!) 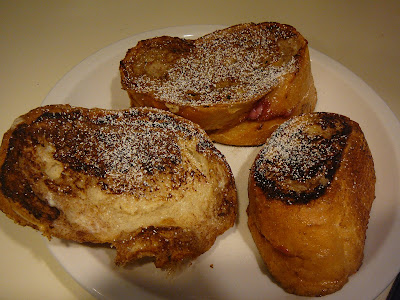 Posted by Dana, Founder of Crafty Cakewagon and The Creative Parent at 10:31 AM