For some reason, when I opened the fridge the other day, we had 3 packages of cream cheese: 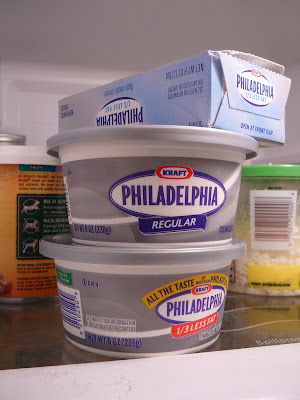 I will not disclose who the culprit was, but it for sure was not me! So... I searched Tasty Kitchen for some recipes that might help me use up this pile of cream cheese. Now I really like cheesecake, but honestly it makes me kind of sick; so that was out. Then I found a recipe for potato soup that used some cream cheese! I went with it. (or rather, I took the idea and made up something healthy from that.) Creamy Potato Soup: 1 leek, washed and sliced 1 red pepper, diced 1 medium onion, diced 1 tsp. olive oil 2 pounds potatoes, scrubbed and diced (weight before discarding bad parts) 5 c. veggie broth 1/2 c. red lentils 1 c. kale, sliced very thinly (you could also use spinach) 1 package reduced-fat cream cheese (8 oz) In a large stock pot, heat up the oil, and start cooking the leek, pepper, and onion. 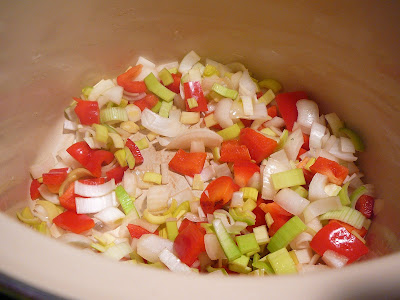 After about 5 minutes, add the potatoes. 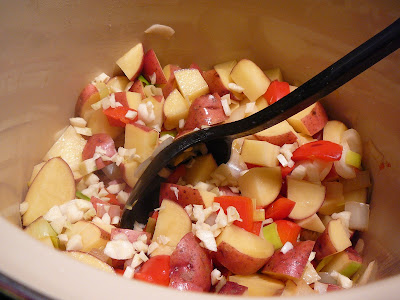 Then add the broth and lentils, and let cook for about 20-30 minutes; until the lentils are cooked and the potatoes are soft.

In small batches, remove the soup from the pot and blend it in a blender or food processor. When all of it is blended, serve! (and salt and pepper to taste) 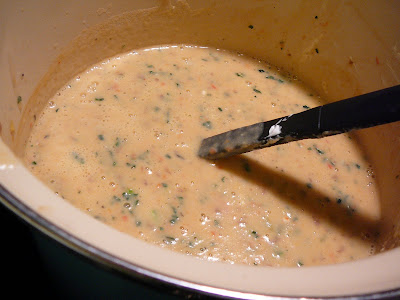