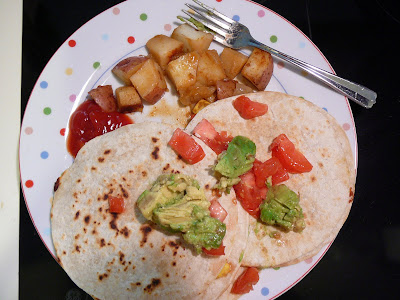 Yesterday, I was enticed by the latest issue of VT to make some grilled corn with chipotle butter. (really good!) Then I went on to make some veggie quesedillas with some black beans. The leftovers are now calling to me for lunch, but before I answer them, I must tell you how to make them! 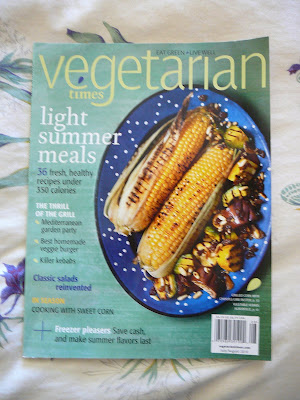 First, shuck some corn, but leave on the last layer of husks. Grill them for about 10-15 minutes, until the corn looks done. Carefully remove the last husks and cornsilk. (I used scissors to cut them off, since they didn't really want to be pulled off.) Then, spread them with a mixture of butter/chipotle powder/lemon zest. (The recipe said lime zest, but all I had was a lemon, and it tasted great!) Top with a little salt. 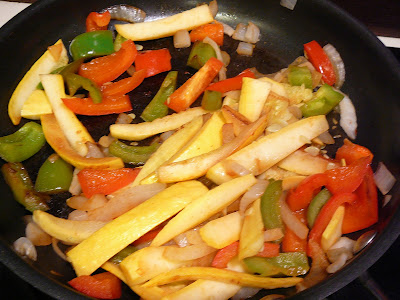 Then cook up some veggies in a pan with some olive oil, roasted paprika, and a little water. I did 1/2 an onion, 1/2 a red pepper, 1/2 a green pepper, and 1 yellow zucchini. Cook them until they are translucent (onions) or floppy (everything else). 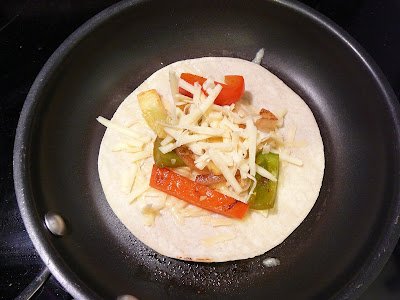 In another pan, spray it with some cooking spray, and put in a small corn tortilla. Cover with a couple of tablespoons of grated cheese (I used vintage white Tillamook cheddar), some veggies, then some more cheese. After the cheese starts to melt, cover it with another tortilla. Then c.a.r.e.f.u.l.l.y flip it over. (I usually lose some veggies at this point, but just put them back in there, it will be fine!) Serve with salsa, tomatoes, guacamole, olives, sour cream... whatever you like!! (I also roasted some potatoes on the grill. Yum!)
Posted by Dana, Founder of Crafty Cakewagon and The Creative Parent at 1:07 PM