Lately I've noticed that the backyard has become a bit... shall we say overgrown with ferns and blackberries? It's really pretty insane. I went from something managable to this craziness: 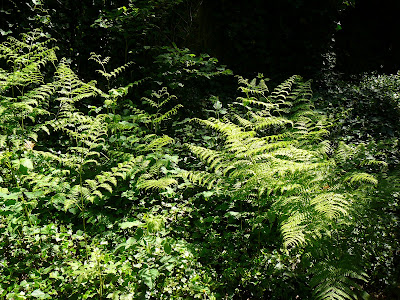 (You can't really tell how tall they are, but trust me!) I ripped out several ferns that were in the way of the blackberries, but left the ones in the back of them, since John likes them. 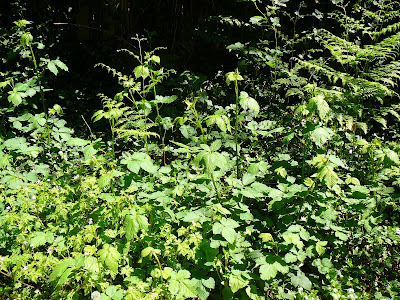 4 foot high cobra-like blackberry bushes, and giant ferns from the age of the dinosaurs. Not cool, yard! 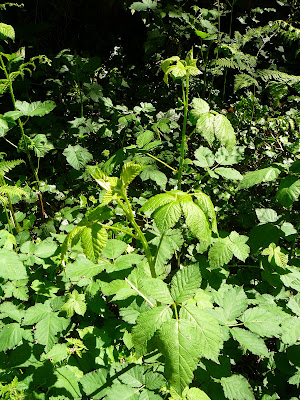 Then, I endeavored to make a sort of trellis for the blackberries to climb, in the hopes that I would be able to actually access blackberries, instead of climbing into the bushes and ending up covered in scratches. Yesterday, I bought some giant tomato stakes, and some tough green wire. 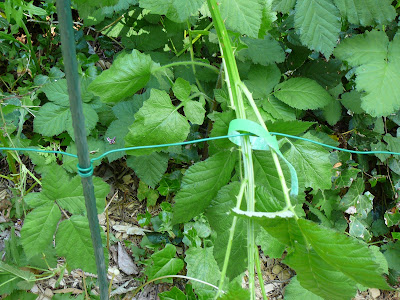 I set the poles about 4 feet apart, then tied the wire to them. Then I realized that the blackberries were a bit too far away, so I tied a few to the wire with some velcro and fabric ties. 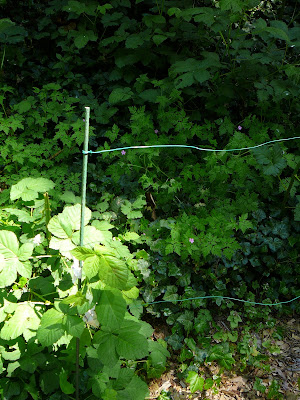 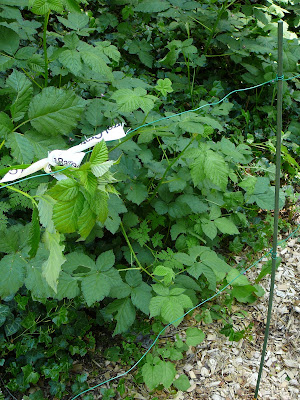 Here's hoping they'll climb! Then I weeded a HUGE pile of dandelions and gave them to the bunny. She was pretty happy... well, as happy as she gets anyway! 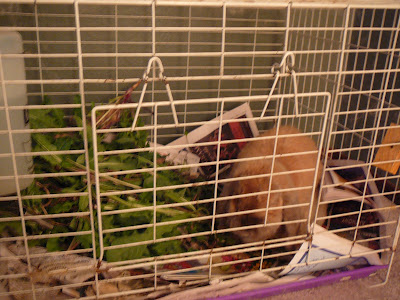 (Muppet with a pile of greens, bigger than she is!)
Posted by Dana, Founder of Crafty Cakewagon and The Creative Parent at 7:03 PM