Our 1st Annual Easter Egg Hunt/Cupcake Decorating Party was a great success! We had 23 kids find over 100 eggs, an egg-fishing booth, coloring station, nature bingo station, and cupcake decorating extravaganza! Everyone had a great time, and will have more than enough candy to last quite a while. :)
John says he thinks that this is the dirtiest holiday ever invented! (He said this after hiding around 60 eggs in the front yard.) 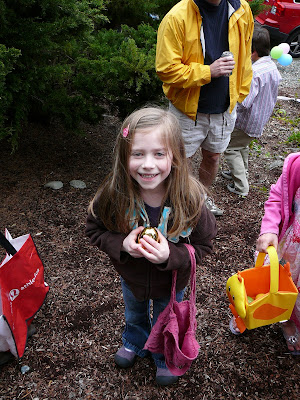 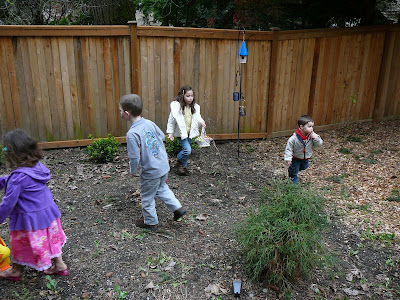 Aria and her brother found the silver egg in the younger kids' egg hunt. 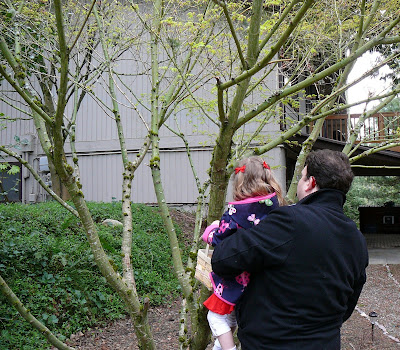 Mila found one in a tree!
Posted by Dana, Founder of Crafty Cakewagon and The Creative Parent at 2:16 PM