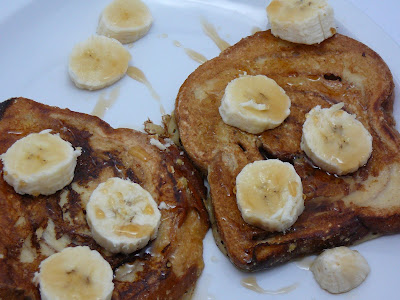 I started making French toast this way a few years ago when I first discovered this delicious cinnamon bread at Top Foods (aka: Haggen Grocery up north). It reminded me of the amazing French style breads that they make in Japan; all swirled up with jam and other amazing things inside... Anyway, eggs sometimes gross me out, and so I found this vegan version in (where else?) Vegan with a Vengeance. Here is my adaptation: 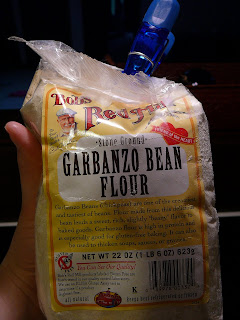 Mix the soy milk, flour, cornstarch, and spices into a shallow pie pan. It's ok if there are some lumps. 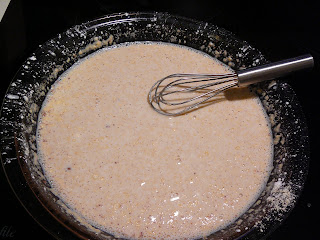 Then place a piece of bread, one at a time in the mixture. Let it sit for a minute or two to soak up some of the liquid. Flip it over so the other side gets some too. 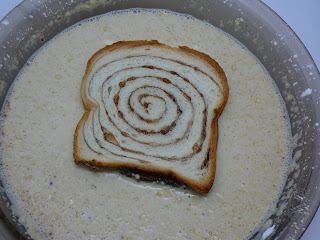 Heat a medium-sized frying pan to um... medium heat. Spray with nonstick spray, or add a tsp. or so of cooking oil. Add the bread one slice at a time. 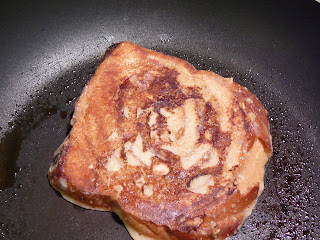 Squish it a bit to make sure that the inside is cooking. Then flip it over and cook the other side! 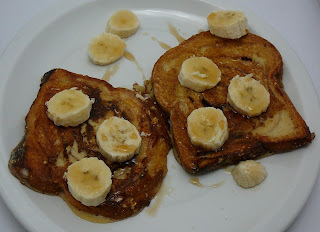 Serve with maple syrup, and bananas!
Posted by Dana, Founder of Crafty Cakewagon and The Creative Parent at 12:39 PM